MAANS Production and Design Association is one of the largest Ukrainian manufacturers of equipment and spare parts for agricultural machinery. The enterprise is part of the AUTOLAND group of companies, which has been importing and selling agricultural equipment of the world's most famous brands for more than 22 years, and also cultivates crops on an area of 6000 hectares. In its short history, the name of the company has become synonymous with authority, reliability, professionalism and high quality

The history of initiation of Private Enterprise “Production Association” MAANS begins 23 years ago with the creation of the private enterprise Autoland Company. The official day of the company’s foundation is May 18, 1999, when with the efforts of two brothers Seredyuk Stanislav and Yuriy has begun the construction of a car diagnostic center located at Bogdashiv village, 1 Granichna str., Zdolbuniv district, Rivne region. Then, in a short record time of 180 days, a European-level service station was built. 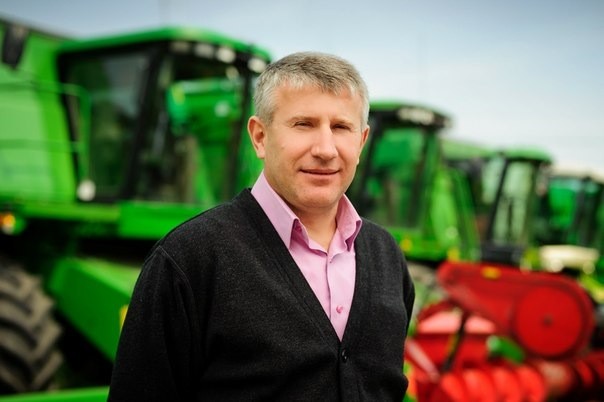 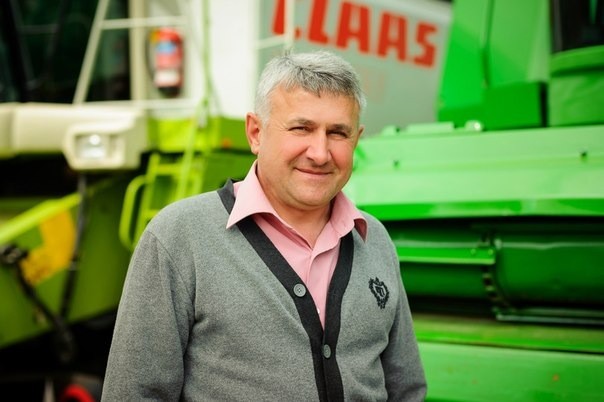 The purpose of which was to conduct regional technical inspections of cars. In 2001, a spare parts store was opened. Later on another direction appears, which becomes fundamental in the future: the import of agricultural machinery of foreign production, both second-hand and new, namely John Deere, Claas, Lemken, Väderstad, Volvo, Jsb, Capello, Pla, Versatile, Merlo. In 2004, the reconstruction of the repair and technical enterprise in Zdovbytsa village began, during which the experience of European companies and factories was taken into account. It became the basic for the creation of PE Autoland company. Since that time, each unit of machinery has been fully serviced. In 2005, a shop for the production of high-pressure hydraulic hosepipes was purchased abroad. Next year, 2006, taking into account the new technologies of agricultural production, the company developed a rapeseed table for harvesting any grain harvesters, and also created a mechanized division to provide services for harvesting crops. Close business relations were established with the countries of Europe, Great Britain and USA, as well as on the territory of native Ukraine, especially active collaboration with Khmelnytskui, Vinnytsia, Chernivtsi, Ivano-Frankivsk, Zhytomyr, Poltava, Kharkiv, Dnipropetrovsk, Kirovograd, Donetsk, Mykolaiv, Zaporizhia regions and others. The Autoland company is a leader in the commodity market of used agricultural machinery. Almost twenty years of work of PE Autoland Company was adapted in the modern plant “Production association” MAANS for manufacturing of headers for harvesting different types of grain and industrial crops for various types of grain harvesters. In December 2014, the production facilities of Zdolbuniv factory of non-standard equipment were purchased, in which the restoration of production capacities in the manufacturing of agricultural machines, equipment and spare parts has begun. The organization of our own production lasted 3 years.The production capacities of “Production Association” MAANS are state-of-the-art equipment of world brands - HAAS, Amada, Pierce, Heckert, Weidotherm, VEKA-MAK, Fronius, Castoline, AKM-1500. For now, the production spaces are 9000m², where more than 150 people work.One of the largest enterprises of the Rivne region, specializing in the manufacture of attachments for agricultural machinery and spare parts for it. The mission of the Private Enterprise “Production Association” MAANS is the development of Ukraine as an agrarian country by introducing the newest technologies and innovations in domestic agricultural machinery.

Private Enterprise “Production Association” MAANS is introduced on the market by soybean grain headers MAANS-CONTOUR F, sunflower headers MAANS-S and corn headers MAANS-M, and also rapeseed tables MAANS-R, header trailers and spare parts. Each type of these products has a wide model range, which allows you to complete it with the equipment of well-known trade brands, such as Claas, John Deere, CAPELLO, New Holland, Case etc. Due to Agricultural company “Pyatihirske”, which is also a part of the group of companies, it is possible to check its own products on its own land, which is more than 6000 hectares. The management system of the quality of the international standard ISO 9001: 2015 is successfully operating in Private Enterprise “Production Association” MAANS. This is precisely allowing us to control all production processes, business processes at all levels, which directly allows to produce high-quality products as a final result and it is confirmed by the appropriate certificates. The products of Private Enterprise “Production Association” MAANS are patented, certified and have passed all the necessary tests.

As experience and statistics of Ukrainian and international markets show, MAANS production are quite competitive in terms of quality, value, reliability and are in high demand not only in Ukraine, but also in the European market. Currently, partnership has been established with the following European countries such as: Germany, Slovakia, Romania, Hungary, Bulgaria, Poland. Not only a large agriculture holding, but also a simple farmer can become a client of Private Enterprise “Production Association” MAANS. Because the company is a participant in the program of Partial compensation of the cost of agricultural machinery and equipment of domestic manufacturing, which means that when you will buy any product of MAANS the buyer has the right to receive compensation from the country in amount from 20% to 40% of the price of the product. This program helps to increase the purchasing power of farmers and increase the demand for these agricultural products. Thus the globalization of the world economy and the integration of Ukraine into the World Trade Organization are taking place, which leads to the transfer from domestic agricultural machinery to an innovate development path. That is why Private Enterprise “Production Association” MAANS creates a product of a qualitatively new level, using only the latest technologies and high-quality raw materials.

Private Enterprise “Production Association” MAANS in the person of general director Seredyuk S.O. was awarded with reward of the Cabinet of Ministers of Ukraine No. 29174 dated June 19, 2019 for a personal substantial contribution to ensuring the development of entrepreneurship and the economy of the region, many years of conscientious work and high professionalism.

The company also awarded a high government award and the Order of Merit III degree in accordance with the Decree of the President of Ukraine V. O. Zelenskyi dated November 15, 2019 No.849/2019 for a significant contribution to the development of domestic mechanical engineering, in particular, providing farmers with high-tech domestic machinery. 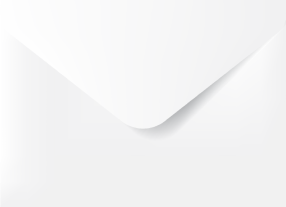 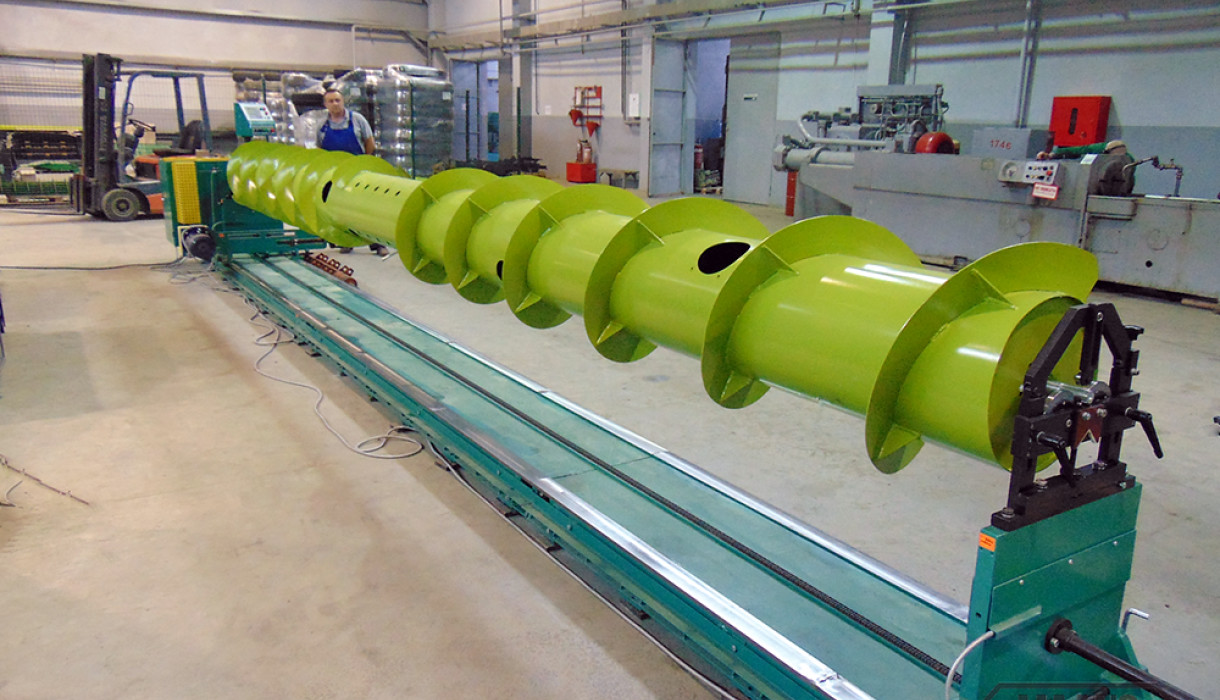 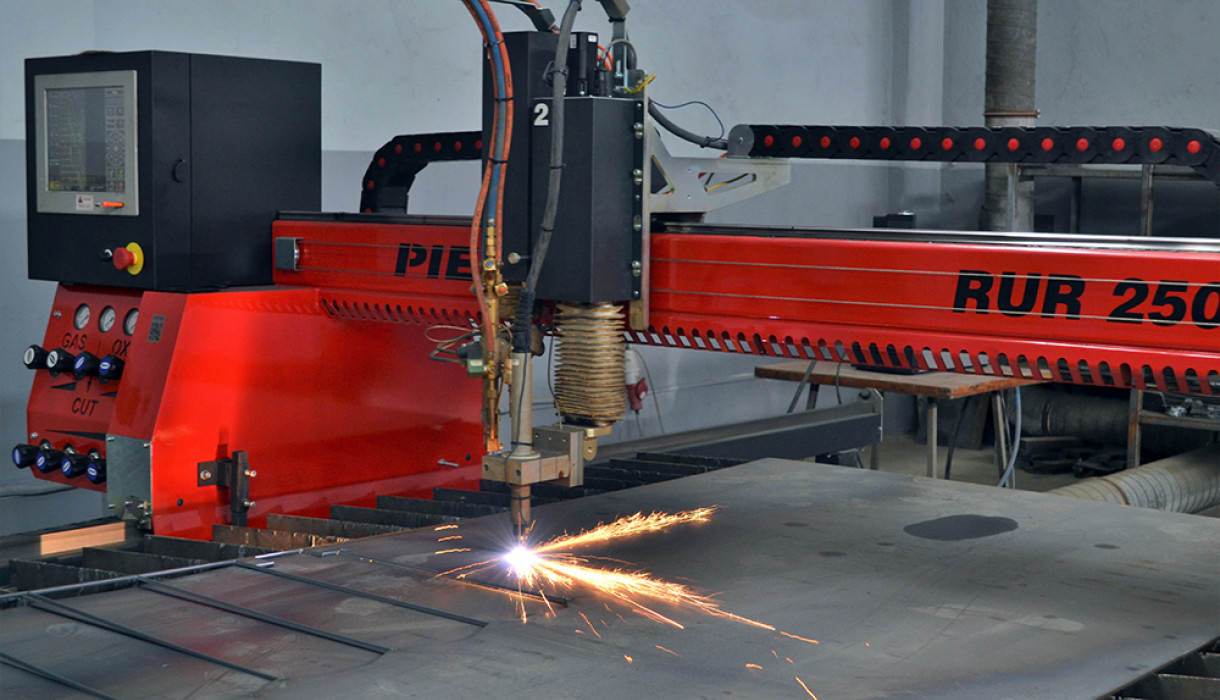 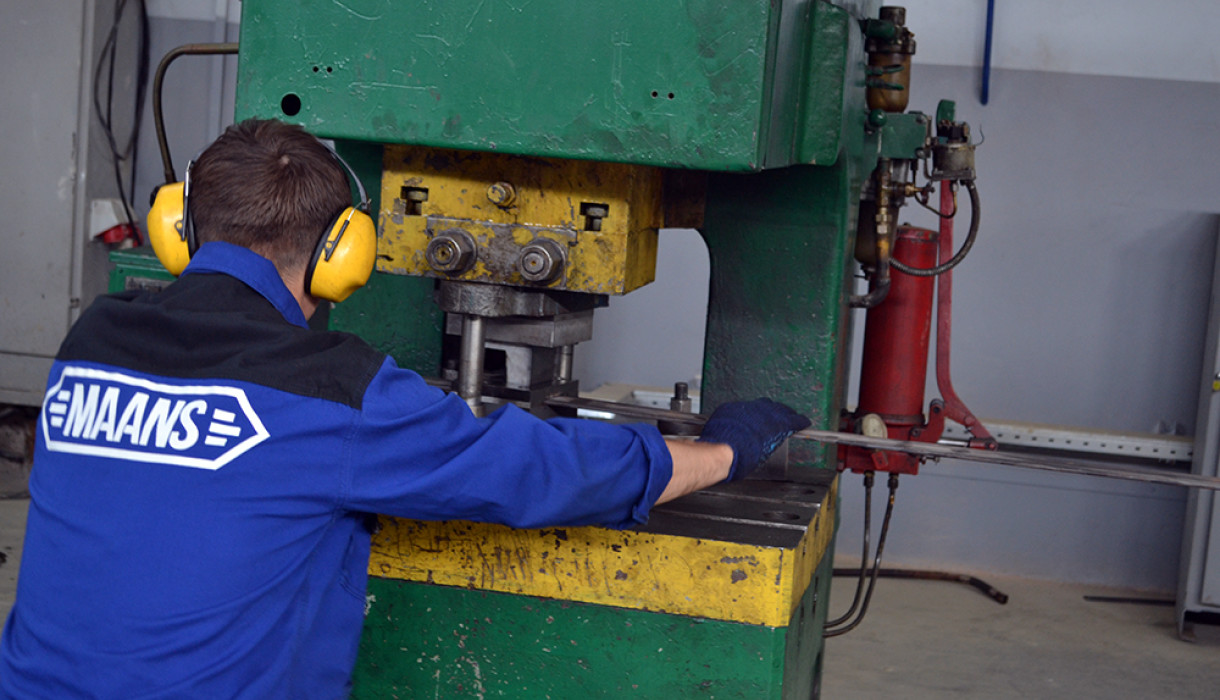 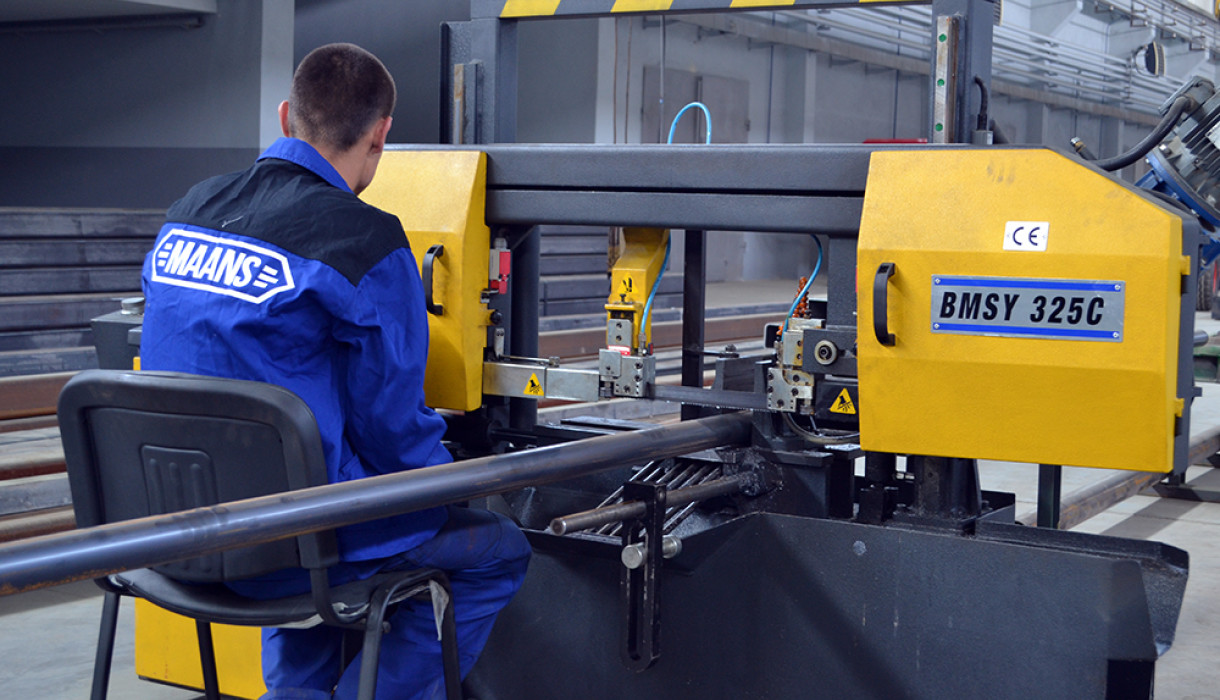 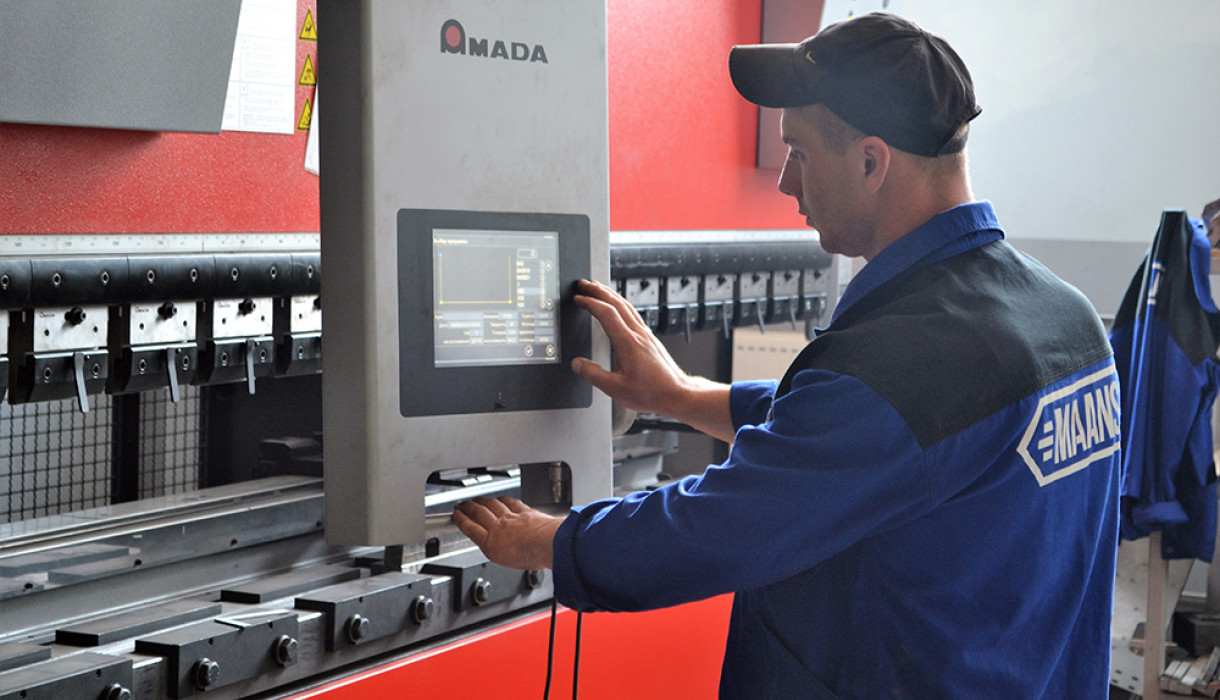 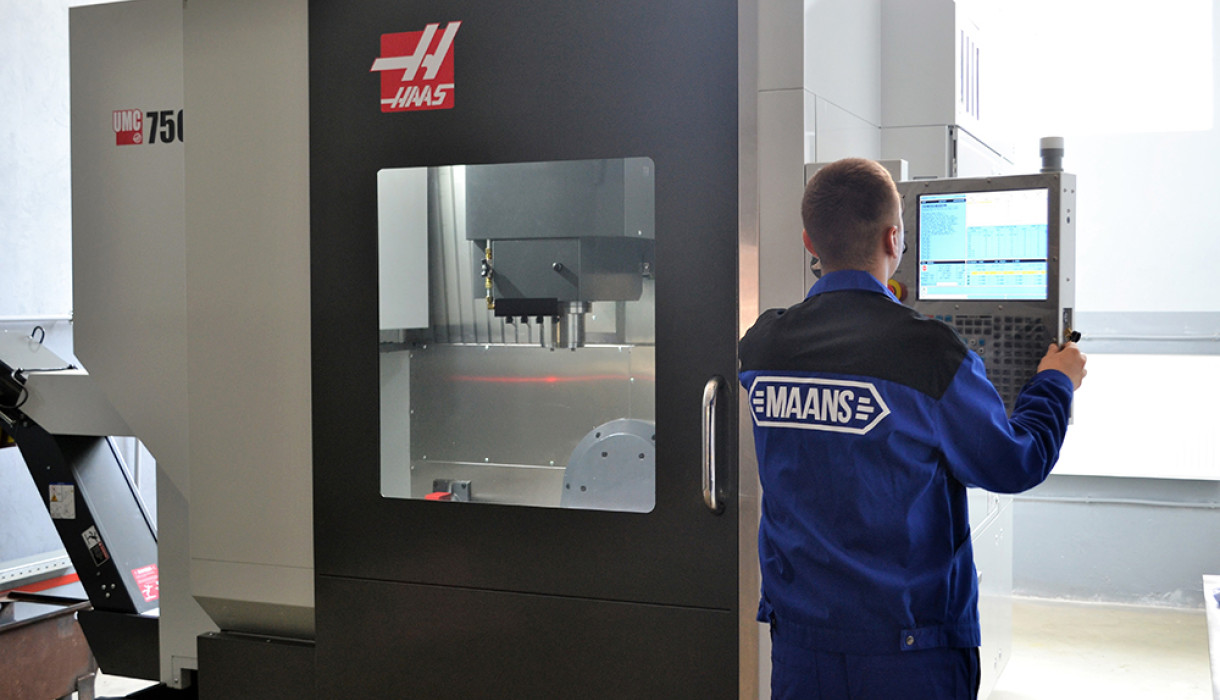 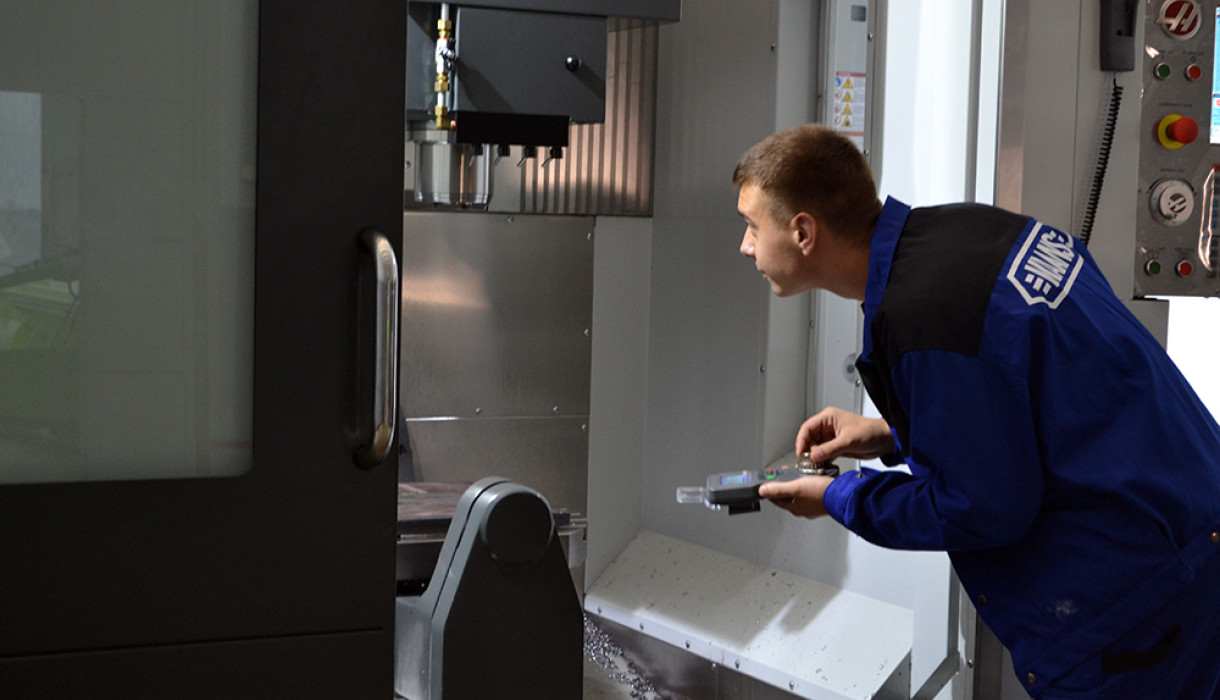 Your message has been successfully sent.